Last week’s lower than expected inflation data was a welcome change after several months of disappointing figures. Slowing inflation is a significant factor in the Fed’s policy framework, but inflation remains high and there are no signs the Federal Reserve will stop raising rates before next spring. Read More

Inflation—and the Fed’s fight against it—remains the driving force behind market action. While inflation has likely peaked, the Fed is focused on reducing wage growth to slow inflation further, and history shows higher unemployment may be needed to achieve that goal. Read More

In recent speeches, members of the Federal Reserve have reiterated that they want to see inflation come down and stay down before they are ready to slow rate hikes. With the latest inflation figures coming in higher than expected, that view is likely to remain in place for at least the next few months.  Read More

Every August, we “Chart the Course” by reviewing a series of charts that illustrate key trends in the economy and markets. The data depicted in these charts is consistent with what we see in macrocast™. Read More

Most major asset classes saw negative returns in the second quarter. Equity markets around the globe were down double digits, and bonds continued their sell off from the first quarter.  Read More

In a follow-up to our most recent podcast, we highlight every major bear market since the Great Depression. Historically, once a bear market ended, returns over the following 1-, 3-, and 5-year periods were all positive, and often, well above average.  Read More

As expected, the Federal Reserve raised short-term interest rates by 50 bps (.50%). This was the largest single rate hike since 2000. Looking ahead, they signaled for another 50 bp increase in June and July, and Chairman Powell said further rate hikes, starting in September, would depend on the path of economic growth and inflation.  Read More

Most asset classes performed poorly in the first quarter. Equities around the globe and across market caps saw mostly negative returns, except for those with significant commodity exposure. In a repeat of the first quarter of 2021, the Bloomberg Aggregate Bond index suffered another major negative quarter.  Read More

The Federal Reserve raised interest rates for the first time since 2018. It was the first of what is expected to be several rate hikes in 2022, as the central bank looks to tamp down inflation while maintaining the strong job market. Chairman Jerome Powell has shifted to a more aggressive tone and is signaling the Fed will no longer wait for inflation to improve on its own.  Read More

Three issues that have been a hindrance to the market should start improving over the next few months. Inflation concerns, uncertainty about the aggressiveness of Fed tightening, and geopolitical tensions should all be nearing peak levels. Read More

The market has started the year with a correction, the first since 2020. An increase in volatility was expected coming into the year, given the large gains and lower volatility last year.  When viewed from a historical lens, the recent pullback is unsurprising, but typically, sustained, bear market declines are uncommon absent an economic recession.  Read More 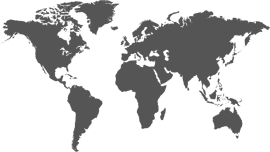